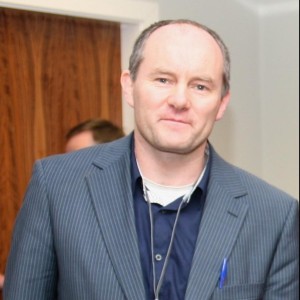 From Food Intolerances To Infertility

Our immune system senses the world around us via the food we eat and the air we breathe, and how it reacts to the world is connected to our very ability to create and perpetuate the cycle of life itself.

For reasons rooted in the philosophy of medicine, most doctors don’t take intolerances seriously and would strongly challenge the view that something as ‘innocuous’ as simple bloating could have any effect on your fertility.  Indeed the idea is laughable to many!

You probably have some food intolerances – most people do.

That fact is disputed by mainstream medicine though, yet whenever groups of people try out a structured food elimination diet, most report a general sense of improvement in wellbeing – because they have eliminated a food or two that was making them feel bad.

Some report dramatic life changing experiences and others report minor improvements in things like sleep, skin, hair, energy, digestion, bloating or such like.

This fact doesn’t sit well with the general consensus – which acts as if things are the same way they have always been.  Traditionally and historically – very few people had food allergies or intolerances, and so this state is still regarded as the norm for the population – even though it’s no longer true.

The reality is – things are not the way they have always been, things have changed.  The entire food system has changed, wheat itself has changed, soy is not the same as it used to be, meat is composed of different profiles of fat now, there are toxins in the food supply that used never be there.  Everything has changed – everything except the mainstream viewpoint of health.

This philosophy of modern medicine, brilliant as it is, is rooted in what we call Newtonian Physics, which has hummed the dominant tune of science ever since the apple fell from the tree onto Isaac’s lap!  It has resulted in our current paradigm of science based on so called ‘reductionism’, and although it has brought us amazing progress it still struggles to recognise the essential interconnectedness of everything.

Bloating CAN influence your fertility – here’s just one way:

Immune cells at the wall of your intestine become activated upon encountering a food you are intolerant to – let’s say it’s wheat.

Each time you eat wheat there’s a reaction that causes a release of immune chemicals (like histamine for example) which in turn affects the surrounding population of microbes in your gut.  The microbes consume the chemicals and the wheat generating lots of gas in the process – which leads to abdominal bloating.  Ok you might say, just pass the gas and all is good – no?

With repeated exposure to whatever food you are intolerant to (wheat in this example) your immune system will switch from a mode of ‘relaxed surveillance’ to ‘reactiveness’, meaning it will become increasingly alert to ‘foreign invaders’.  Your genes will turn on to produce more and more of the immune cytokines that your body thinks it needs to defend against the foreign invading food molecule to which it is intolerant – and the cycle escalates.  Take this far enough and your body will become hyper alert to invaders and begin suspecting more and more food molecules – resulting in you becoming ever more intolerant to foods that you shouldn’t really be intolerant to.

With your immune system on hyper alert it will begin suspecting innocent entities like sperm or even a developing embryo as being threats – and it will take them out!  This is a little bit like overzealous airport security anticipating a surge in terrorist passengers – so they harass everyone, most of whom are regular travellers.

The message that’s missing from the mainstream view is that everything is connected.

The Amazon Forest creates clouds of rain that falls on mountains eroding the rocks and liberating diatoms that get washed into oceans, where they feed life – which blooms and produces oxygen for the earth.  When life dies the diatoms are released and form rock, which eventually becomes desert, whose dust gets swept up in the winds and deposited back into the Amazon Forest to nourish the soil from which trees – which were not even planted when the cycle began – will grow!

Everything is amazingly connected!

There is no drug that can undo the negative effects of eating foods to which we are intolerant – only change can accomplish that, and you have the power to change if you can summon the self-belief to do it – thus even our self-belief is connected to our fertility!